Migration and the European City

Social and Cultural Perspectives from Early Modernity to the Present 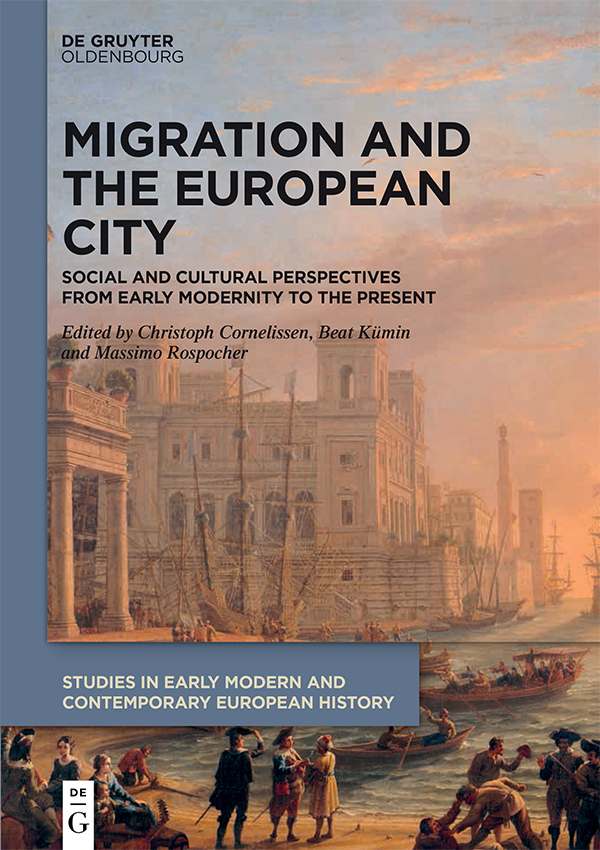 Looking back over the centuries, migration has always formed an important part of human existence. Spatial mobility emerges as a key driver of urban evolution, characterized by situation-specific combinations of opportunities, restrictions, and fears. This collection of essays investigates interactions between European cities and migration between the early modern period and the present. Building on conceptual approaches from history, sociology, and cultural studies, twelve contributions focus on policies, representations, and the impact on local communities more generally.

Combining case-studies and theoretical reflections, the volume’s contributions engage with a variety of topics and disciplinary perspectives yet also with several common themes. One revolves around problems of definition, both in terms of demarcating cities from their surroundings and of distinguishing ‘proper’ migration from other forms of short- and long-distance mobility. Further shared concerns include the integration of multiple analytical scales, contextual factors, and diachronic variables (such as urbanization, industrialization, and the digital revolution).

Panikos Panayi
Migration and the Making of the World Capital

David Do Paço
Migrations and Super-Diversity in Eighteenth-Century Trieste

Antony Taylor
“Urban Dreaming”
Memories of the City in Migrant Discourses of Separation and Exodus to Australia and New Zealand, 1850–1930