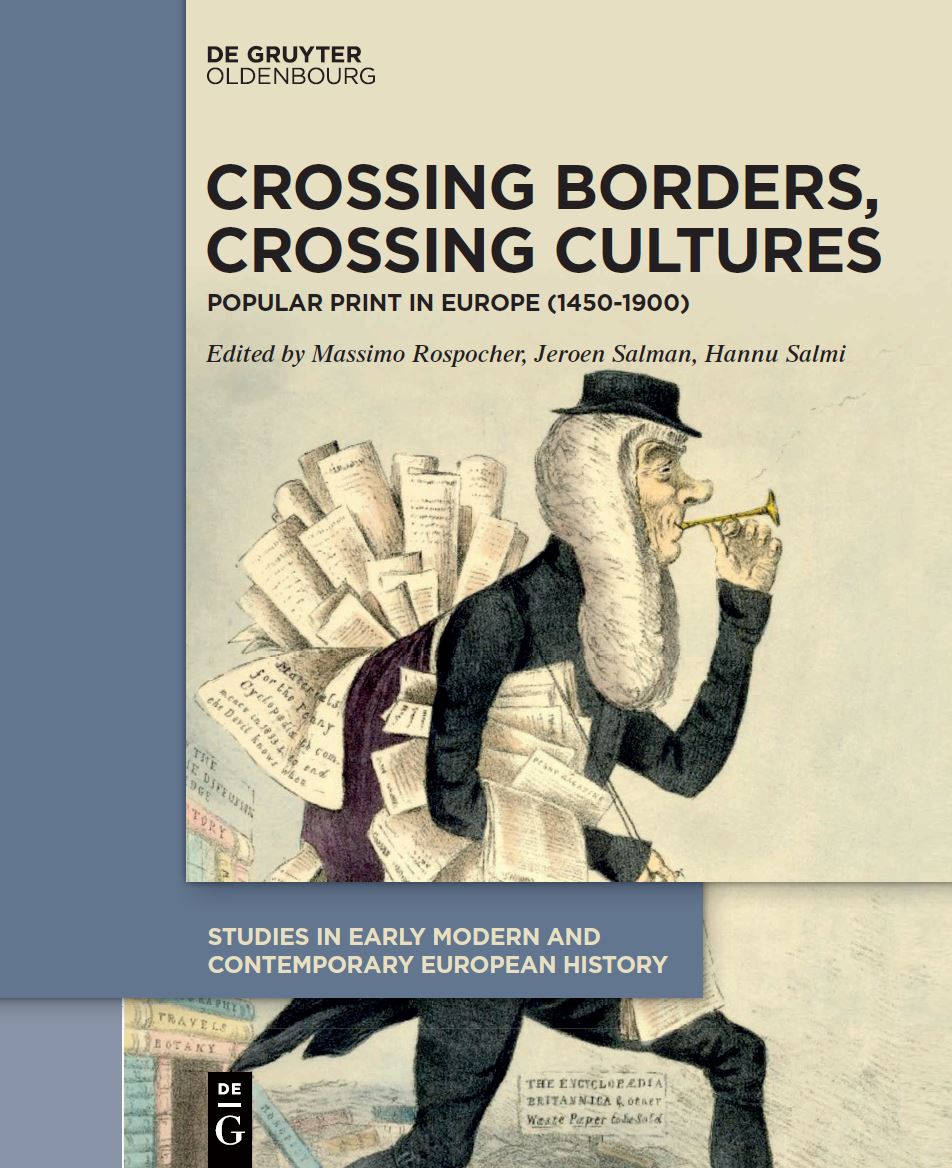 "This volume explores the challenges and possibilities of research into the European dimensions of popular print culture. Popular print culture has traditionally been studied with a national focus. Recent research has revealed, however, that popular print culture has many European dimensions and shared features. A group of specialists in the field has started to explore the possibilities and challenges of research on a wide, European scale. This volume contains the first overview and analysis of the different approaches, methodologies and sources that will stimulate and facilitate future comparative research. This volume first addresses the benefits of a media-driven approach, focusing on processes of content recycling, interactions between text and image, processes of production and consumption. A second perspective illuminates the distribution and markets for popular print, discussing audiences, prices and collections. A third dimension refers to the transnational dimensions of genres, stories, and narratives. A last perspective unravels the communicative strategies and dynamics behind European bestsellers. This book is a source of inspiration for everyone who is interested in research into transnational cultural exchange and in the fascinating history of popular print culture in Europe."

Daniel Bellingradt
The Dynamic of Communication and Media Recycling in Early Modern Europe: Popular Prints as Echoes and Feedback Loops

Jean-François Botrel and Juan Gomis
“Literatura de cordel” from a Transnational Perspective. New Horizons for an Old Field of Study

Claudia Demattè
The Spanish Romances about Chivalry. A Renaissance Editorial Phenomenon on Which “The Sun Never Set”

Elisa Marazzi
Crossing Genres: A Newcomer in the Transnational History of Almanacs

Reinhart Siegert
The Greatest German Book Success of the Eighteenth Century. Rudolph Zacharias Becker’s “Noth- und Hülfsbüchlein” (1788/1798) as the Prototype of Printed Volksaufklärung and its Dissemination in Europe

Rita Schlusemann
A Canon of Popular Narratives in Six European Languages between 1470 and 1900. The “Griseldis”-Tradition in German and Dutch